City Cycle Industries (CCI), manufacturers of the Lumala brand, has introduced a novel bicycle for all ages – from four-year-old kids to even adults – as it struggles against stiff competition from cheap second-hand imports and machines assembled by traders who dodge import taxes.

The Lumala “Three-in-one”, which can be modified for use by riders of different sizes, has been patented in Sri Lanka and India, according to M. Irshad Nizar, Business Coordinator, CCI. The firm expects to obtain patent rights in China, Malaysia and Bangladesh.

It is aimed at three age groups – from 4-6, 6-8 and 8-12 years and obviates the need for parents to invest in new bicycles as their children grow bigger. CCI started manufacturing the new bike, priced at around Rs 4,000 and with a 10-year guarantee, last month. The small numbers introduced to the market have all been sold out.

CCI is eyeing export markets in India and the United Kingdom. The “Three-in-one” has medium sized tyres but the frame of the bicycle is designed so that the height of the seat could be adjusted from 12 inches up to 26 inches, so that even an adult can ride it.

The manufacturers believe they are the first to design this type of bike and are trying to patent it abroad. CCI Senior Partner, M. N. M. Miflal, developed the concept of the Three-in-one.

Nizar said that CCI has the capacity to manufacture 25,000 bikes per month but now makes only around 5,000 because it has lost market share owing to unfair competition. “Dumping of old Japanese bicycles and bicycles from other countries is killing the industry,” he said. “The government’s tariff system on bicycle imports to Sri Lanka has serious loopholes.”

When a complete bicycle is imported a Rs 750 tax is levied, but unscrupulous traders import them in separate parts under different companies and avoid paying tax. This allows them to sell these bicycles cheap after assembling them. Nizar said that in other countries governments assist industries by offering subsidies and various tariff reductions.

But in Sri Lanka, the government has failed to offer any subsidies in the import of raw materials. It does not even take steps to safe guard domestic bicycle manufacturing plants in the country, he said.

The 1993-1995 period was the best for CCI when it was manufacturing an average of 10,000 per month and enjoyed a 60 percent market share. It started exporting bicycles in 1999. Today, however, the bicycle manufacturer is struggling to cope with competition from cheap imports.

Its market share has fallen to almost 25 percent as Sri Lanka becomes a junkyard for imported second-hand and reconditioned bicycles from Japan and other countries. Buyers are enticed by the low price of these imports without looking at their durability.

CCI is reluctant to procure more export orders without stabilizing the local market because producing small numbers is not cost effective and export markets cannot be depended upon. If the factory is run to full capacity around 1,500 could be employed, but today it employs only around 600.

CCI has also abandoned manufacturing some sophisticated components due to the same cost factors of producing small numbers. The group consists of City Cycle Industries and City Cycle Stores and was started by A. R. M. Najibdeen in the 1950s as a bicycle accessories marketing company. It then developed into an assembling unit which assembled around 10 bicycles a day in a small apartment in Panadura.

In 1980 Najibdeen moved to Henamulla, Panadura and set up a factory in a five-acre block of land which has now grown into a huge plant manufacturing almost the entire bicycle spread out around 10 buildings. Steel pipes and sheets are imported and cut to make the frames and mudguards. The spokes and rims are also turned out locally.

The factory makes a wide range of bicycles – for kids and adults, standard bicycles to ladies cycles and mountain bikes. CCI also manufactures bicycles to customer requirements and have manufactured for Nescafe, Tritel-Calls on Wheels and for bakeries.

The quality of Lumala bicycles are tested to international standards and are exported to countries like United Kingdom and India. CCI has also received inquiries from France and Germany. 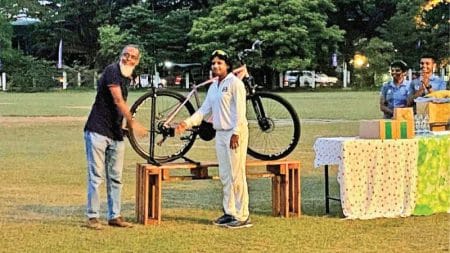 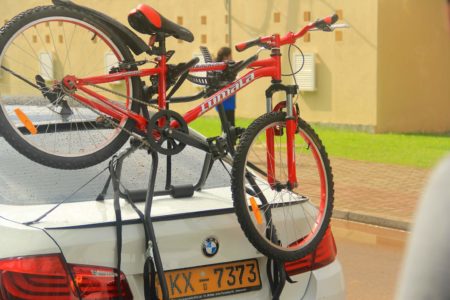 Categories
Chat With Us
1
Got any questions?
Hello 👋
How can we help you?